Info About the Voucher Program

For a review of kidney donation risks, click here.

The Voucher Program, also referred to as Voucher Donation, is a kidney paired exchange separated in time. When a donor donates as part of the voucher program, either a Standard Voucher or Family Voucher(s) will be provided based on the situation:

Both types of vouchers allow donors to donate their kidney before an intended recipient receives, or even needs, a kidney transplant.

Key requirements and stipulations of the Voucher program

Two senior leaders in the NKR organization, including the CEO, are living kidney donors who donated their kidneys and started chains. As such, we intimately understand the living donor process and are committed to ensuring a convenient and safe donation experience for all living kidney donors.

We are your safety net

Any donor who registers through the DCN and donates through NKR will be automatically provided with basic kidney donation life insurance which is purchased by NKR. The insurance includes a $500,000 principal sum covering a period of 365 days post donation. Notification of a claim must be provided within 90 days of a covered accident.

Any donor who registers through the DCN and donates through NKR will be automatically provided with basic donation disability insurance coverage which is purchased by NKR. The temporary total disability insurance includes a maximum $1,500 weekly benefit for 365 days subject to the donors last 12 months of earnings, with a 30-day waiting period.

Donors who donate through an NKR swap may be eligible for reimbursement of up to 4 weeks of lost wages, with reimbursement for weeks 3 and 4 requiring clearance from the transplant center. Reimbursement is limited to $1,500 per week. Lost wages are defined and limited to documented expected earnings that a donor lost due to time missed at work as a result of the kidney donation.

Donors who donate through an NKR swap are eligible for up to $2,000 in reimbursements of their travel and lodging expenses, for them and a travelling companion, related to their kidney donation based on submitted receipts. Add-on or luxury expenses are excluded. Driving expenses are reimbursed at the IRS medical mileage rate. Lodging reimbursement covers hotels in the proximity of the transplant center.

Generally most employers and insurance companies are supportive of living kidney donation. Some employers (e.g. the Federal Government, the National Kidney Registry, etc.) offer paid leave to employees that donate a kidney. However, we have seen situations where employers are not so supportive. In one situation, the NKR was instrumental in winning a wrongful termination case when a donor involved in an NKR living swap was fired for taking time off work to donate. We also understand that some donors, after they donate, lose their health insurance or see health insurance premium increases due to donating a kidney. These cases are very rare, but are wrong. If you donate your kidney as a part of an NKR swap and are wrongfully terminated, see a rise in insurance premiums, or lose your health insurance as a result of your donation, the NKR will stand behind you and our legal counsel will advocate on your behalf.

The employer, after initially approving the time off for the kidney donation, later reversed their position, and denied the donorâs request to utilize her accrued vacation to recover from surgery. The donor subsequently argued the reversal of the employerâs decision, and was fired.

In summarizing the situation, Diane Zocchia, Director of Donor Relations at the National Kidney Registry, and a kidney donor herself said, âIt is very rare that employers are not fully supportive of kidney donors who give the gift of life by undergoing major surgery. It is important that we, as a society, protect donors and support them in every way possible.â Expanding on this, Saul Zabell, who led the litigation team said, âWe are here to fight for what is right, and are pleased to see that this case has been fully resolved in favor of our client, who put her job at risk to donate her kidney to a stranger.â

The National Kidney Registry is a nonprofit organization with the mission to save and improve the lives of people facing kidney failure by increasing the quality, speed and number of living donor transplants in the world as well as protecting all living kidney donors.

We listen to you

Have you ever noticed that organizations who routinely survey customer satisfaction generally provide better service? If you are referred to a transplant center from the NKR web site you will be given an opportunity to provide direct feedback to the center via the âFive Star Surveyâ. The survey is sent to the donor via email upon completion of the following key steps in the donation process: workup, pre-op testing, surgery + 3 days & surgery +30 days. The satisfaction survey is designed to take less than 5 minutes to complete and allows Members Centers to continuously improve the donation process.

We make the process easier

Other reasons to choose NKR

The Voucher Program is a kidney paired exchange separated in time. When a donor donates as part of the Voucher Program, either a Standard Voucher or Family Voucher(s) will be provided based on the situation:

Both types of vouchers allow donors to donate their kidney before an intended recipient receives, or even needs, a kidney transplant.

We accommodate your schedule

Donors donating through either the Voucher Program or donating as Good Samaritan donors can specify the date range that they are able to donate. We generally need a minimum of four weeks from donor activation to swap commencement to organize a swap.

We help donors help the most patients

The typical kidney transplant chain facilitates four transplants, and each donor in that chain is an integral link to helping each patient get a compatible kidney. Each donor is a unique match for patients in the system, and by being a part of our chains makes not just one, but potentially many transplants possible.

We help patients get the best match

The NKR has the largest pool of donors in the world, providing patients the best chance of finding a well matched living donor kidney. A good donor-recipient match is correlated with a transplant that last longer. Patient outcomes from transplants facilitated by the NKR exceed the average U.S. living donor transplant outcomes at 1, 3 and 5 years. We believe this is driven by the improved donor - recipient matches available through the NKR.

We get patients transplanted fast

With a median wait time of ~2 months, we get the majority of our patients transplanted fast. 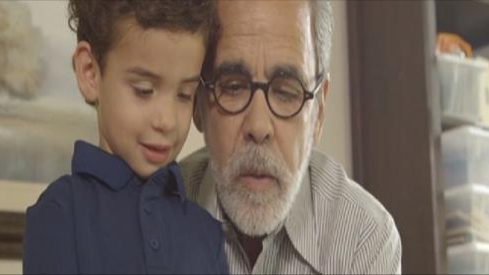 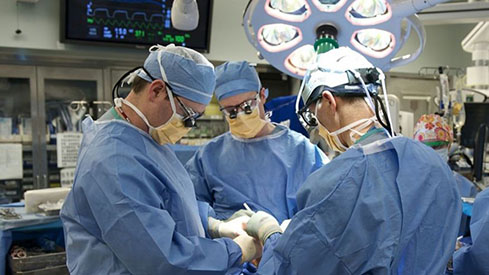 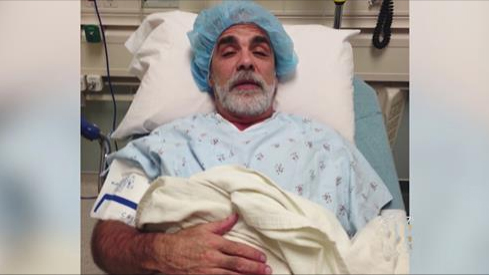 Then, (may vary slightly by center)

When you're ready to get started with the screening process, click the button below.

Click here to see
if you're qualified to donate

Donating a kidney is major surgery but has not been shown to reduce the donor's life expectancy. Interestingly, people who have donated a kidney outlive the average person. (Reference: Fehrman-Ekholm, Ingela 2,3; Transplantation, 64(7): 976-978, October 15, 1997.) This fact has fueled an ongoing debate over why kidney donors live longer than expected. Some experts believe that it is simply a selection bias since only healthy people can be selected to be living donors. Others argue that the altruistic act of giving the gift of life and the happiness and satisfaction that follows has a positive impact and leads to a healthier and longer life.

Although kidney donation does not appear to impact life expectancy, research indicates that donating a kidney increases the risk of ESRD over time. In a 2015 paper published in the Journal of the American Society of Nephrology; lifetime risk for the average person of ESRD was 326/10,000 (about 1 in 30), 90/10,000 (about 1 in 110) for those who donated a kidney and 14/10,000 (about 1 in 700) for healthy non-donors. The reason that kidney donors have a lower risk of ESRD compared to the general population is that kidney donors are typically healthier than the average person due to the donor screening process. When donors and healthy non-donors are compared, there is an implied ESRD risk increase of 76/10,000 (90 - 14) from donating a kidney. The following are informative papers related to long term risks of donating a kidney: